How can Australian state governments force people to gamble all of their deposits with bookmakers?

December 31, 2019
Summary: Australians lose over $25 billion each year through gambling - more per capita than any country in the world! A significant proportion of gamblers suffer harm to their financial security, relationships and mental health; their families and friends often suffer too.
You might naively think Australian governments would try to minimise these harms but $25 billion per year generates a lot of vested interests. Political parties get millions in donations. Regulatory and licencing bodies (and their staff) are funded by gambling industry fees and tax. And State governments want the job creation and easy tax revenue.
Below I describe how Australian state and territory governments are illegitimately colluding with the gambling industry to increase gambling losses via changes like requiring all deposits to be gambled before they can be withdrawn.
Details:
Pokies are the greatest evil, but, while they come under growing community pressure, online wagering losses are growing much faster than any other form. Online wagering is the area where State governments can also try and maximise revenue from gambling customers outside their state - all the reward with no upset voters or community protests.
As local communities slowly turn the screws on the pokies, the gambling industry is seeking stealthier ways to reap their profits and it turns out State governments are often in cahoots.
I recently found out that all Australian online wagering firms licenced in the Northern Territory are permitted by the NT Government (via the NT Racing Commission and Licencing NT) to force customers to gamble all of their deposited money before they can withdraw it. Because Anti-Money Laundering!
Outrageous! Imagine if you opened any investment account (e.g. CommSec share trading) and deposited $10,000 but then changed your mind about buying shares but the Commonwealth Bank insisted you must buy $10,000 worth of shares, then sell them, before you could withdraw, to ensure you weren't just laundering money?! This simply can't happen because there is no massive vested interest within government to try and legitimise it.
But, the gambling industry is different, and with a nod and a wink from a colluding State government, Australians' money is now no longer their own once they deposit it with a bookmaker. The State or Territory Government never passes any law or formally announces this change in any gambling regulations. Instead, if you complain, the regulatory agency responding to complaints simply states they are satisfied with the bookmaker's practice. Because Anti-Money Laundering!
In my view, this is theft. Not even legalised theft by corrupted governments or captured regulators. It is illegal theft (no law or regulation has been democratically enacted) being protected by corrupted governments and captured regulators.
99% of gambling accounts are not money launderers, these are just regular punters being scammed into having their own money controlled by bookmakers and forced to be gambled.
Even worse, the less than 1% of accounts involved in money laundering are likely getting away with it. Instead of them being investigated and their illegal money and assets confiscated, they continue to use the gambling industry as a prime means to launder money. The gambling industry take its cut and so does the government!
This begs the question as to what other scams the gambling industry has cooked up together with their partners in government. Stay tuned as I plan to investigate further.
Links:
> The Monthly - The lie of ‘responsible gambling’

Popular posts from this blog

Is IG Markets in breach of its AFSL by suspending or terminating the accounts of clients who lodge complaints?

Summary : As detailed in prior posts, I complained to the Australian Financial Complaints Authority (AFCA) about the unfair terms of IG Markets automated close-out process for margin calls (30min timeframe even when you're asleep) and that it isn't clearly explained to new clients. Indeed, its fine print actually asserts IG can close your position out instantaneously with the equivalent of a 1.25% adverse price move (75% equity on 20 to 1 leverage) and no margin call notification whatsoever! IG suspended my account after I lodged my AFCA complaint and published my first blog post about it. The AFCA Ombudsman found they were not entitled to do so and it was likely in breach of their AFSL licence conditions. They required IG to pay me $500 for this unjustified suspension. Despite receiving this verdict, IG Markets then terminated my account! (Presumably thinking it was now safe from further scrutiny as the Ombudsman had finalised their decision.) I have accepted IG Markets terms
Read more

Do Australian CFD providers have contracts with unfair terms? 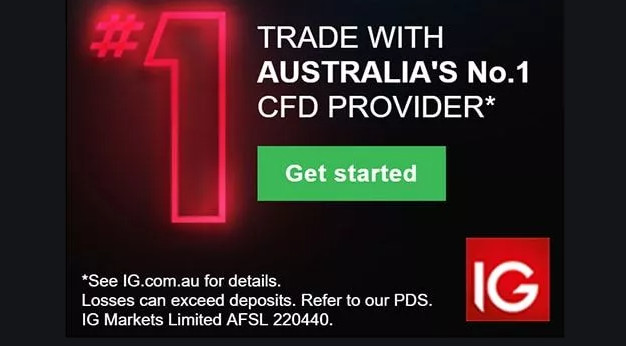 Summary : Every year, Australian Contract for Difference (CFD) providers make hundreds of millions in trading revenue from Australian clients which according to ASIC are a "combination of net client losses and fees and costs charged to clients." And over 70% of Australian CFD retail clients are net losers each year; thus over the life of an account this proportion of net losers would be even higher - likely over 90%. Thus, as you might expect given such wealth extraction, each year, thousands of Australians complain about unfair losses relating to CFDs. Complaints must first be submitted to the provider with only a minority of clients pursuing them further with the Australian Financial Complaints Authority (AFCA). However, any unfairness in CFD providers' standard business model is rarely investigated, let alone redressed by the AFCA complaint process. The AFCA appears to rely on the assumption that the terms and conditions clients accept when they sign up with a CFD p
Read more